A space themed birthday party that is out of this world. Sorry, I had to start with the most cliche phrase I could think of.

Thank you to Perfect Party In A Box for sponsoring this post.

My 5-year-old, Levi, is currently into all things outer space. Astronauts, planets, the moon, rocket ships. It’s been a fun experience to watch him want to learn more about space and, to be honest, I have learned a lot of new things as well! His fascination is mostly with astronauts and rockets, and hopefully, it stays a fascination and doesn’t turn into a career. Not that I don’t want big things for my guy, I do! But my mama-heart wants his cute feet safely on this planet at all times! …but I digress.

I love doing themed parties because I think it will be so sweet to look back on photos of his birthdays and say ‘he was really into astronauts and space that year!’ or ‘he loved that character so much that year!’ Themed-parties have a bad rep for being cheesy but with our creative minds, Pinterest + companies like Perfect Party in a Box, you can create amazing parties that the parents will want to be a part of just as much as the kid!

This space themed birthday party was so fun to create! All the details and extra touches were so fun + everyone seemed to love them! I hope you can gain some inspiration for your next party – out of this world or otherwise! With my 5-year-old’s obsession with space, I’ve been brainstorming ideas for an outer space party all year and was so excited to find the online store Perfect Party in a Box. They provide perfectly curated party boxes in all kinds of themes, that include everything you will need to host a fun party! I usually make my own invites from a template off of Picmonkey, but this year I found the most perfect outer space invitations from GreetingsIsland.com! All you need to do is fill in the information and print them! (I printed off invites for Levi’s JK classmates and emailed the image to the family). I chose the Space Robots Party in a Box, which came with the essentials like space-themed + awesome robot paper plates, galaxy napkins, cutlery, super cool rocket paper cups, as well as some fun extras like cake toppers + the ‘To The Moon’ and star banners! They also provide an option to add extra goodies to your box to suit your theme such as party balloon bunting, themed foil balloons like this one and all kinds of candles! Perfect Party in a Box really is a one-stop party shop that comes right to your door! Hosting a party soon? Use code BRITPARTY to receive 20% off at checkout!

I picked up an assortment of balloons and put the balloon arch together by myself (with the help of some Pinterest tutorials!). If you aren’t wanting to go out and grab the different sizes of balloons and figure out how to do it, you can always purchase a balloon arch kit! I loved these cake toppers! Even though we didn’t technically have a cake. But they looked really cute with my little desserts!

As you can see I used aluminum foil anywhere I could, like to hold up the cake toppers as well as the Star Pops! I also used a bunch of rolled up aluminum foil balls for a few games we played! The Robot Paper Plates from Perfect Party in a Box were a HUGE hit! What ended up being the ‘favourite’ treat at the birthday party were these Galaxy Cookies! They were SO simple but made such a great touch to the desserts! See below for how I made them! We hosted around 30 people for the outdoor party which was a little overwhelming at first but ended up going over great! My first tip on hosting 30 people at an outdoor party would be to have it start right after lunch and before dinner! That way you don’t have to figure out a ‘meal’ to feed people lunch or dinner. Putting out a table of finger foods is the perfect alternative!

For food, we put out a large tray of Chicago Mix style popcorn, assortment of crackers + dips, nachos with layered nacho dip, a large fruit tray, a large veggie tray, and a large meat + cheese tray.

This all actually went a long way and we had lots of leftovers to snack on afterward! Don’t worry, none of it went to waste! For dessert, I made Star Pops (made from Rice Krispies), the Galaxy Cookies I mentioned before, Black Holes (bite-size brownies)  + Saturn’s Rings (small sugar doughnuts). I felt these 4 dessert options really exuded outer space haha!! I’m really happy with how the whole assortment turned out!

We also made sure to separate a few desserts for the gluten-free guests!

What you will need: We played a few fun + simple space themed games throughout the afternoon that I found on Pinterest. I bought a few prizes at the dollar store for the winners of the games! I rolled up about 40 aluminum foil balls the size of tennis balls and hid them all around our area of the park for the kids to find. I made sure to have a few parents around the perimeter so no kids wandered off. The two kids who found the most moon rocks each won a prize!

The moon rocks from the Moon Rock Hunt we reused for the toss game. I situated 3 buckets for the kids to toss the rocks into and gave them each a tiny prize each time they got it in. As a note: make sure they are a decent distance away so it isn’t too easy. This game actually turned out to be a bigger hit than I imagined!

We ended the games with the piñata. It always goes over really well of course and if you don’t do treat bags this is the perfect alternative! I actually DIY’d the piñata this year and I’m surprised it turned out (& held up)! If it lasts more than 10 minutes I call it a win! Since we were doing a space themed birthday party, I decided a moon would be the easiest piñata to try and DIY. Here is the tutorial I used to make this Moon Piñata. I’m not big on filling the piñata all up with candy so here are some ideas of what you can put in a piñata besides candy:

For the final touch to the party, we sent the kiddies off with sweet little custom favor bags filled with glow in the dark stars to go with the space themed birthday party! (…because does your childhood even exist without a glow in the dark star stuck to the ceiling in your room?) Happy 5th Birthday Levi! We love you to the moon + back! 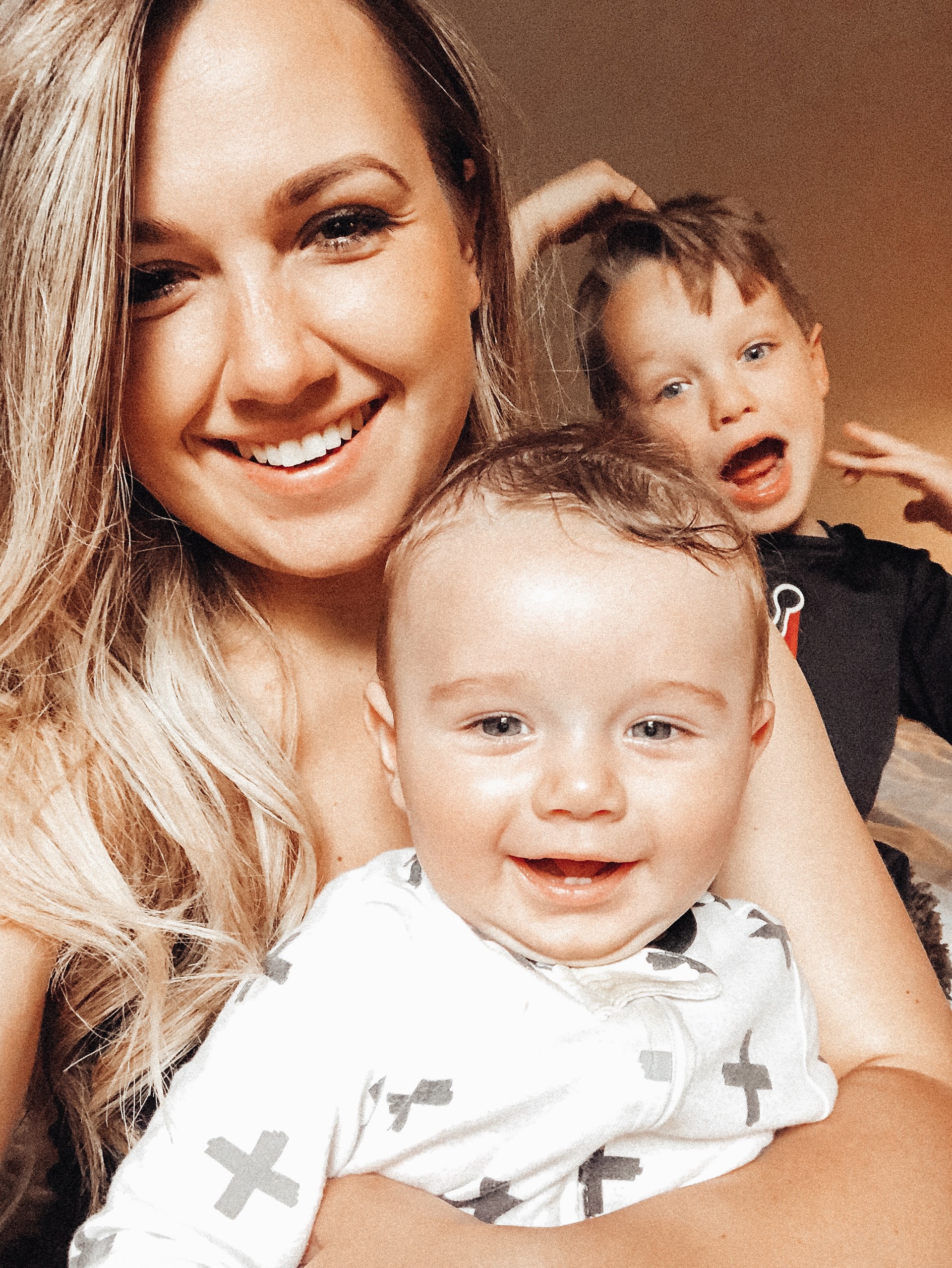 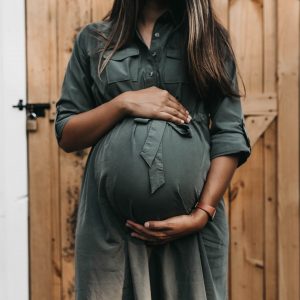